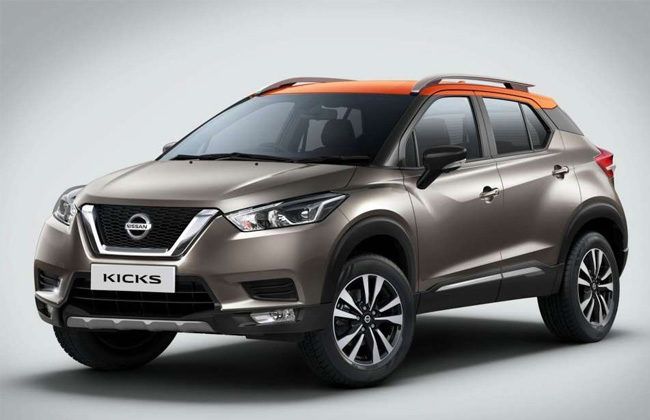 ABU DHABI: The Nissan Kicks is one of the small crossovers that made headlines at the time of its introduction in 2016. However, at the time of the initial launch, it was meant for the Latin-American market only but made its way into the other markets gradually.

The latest country to get the new Nissan Kicks is India. And though it is already on sale in the Middle East for around AED 61,900, there is still a small difference. It has a very classy design, replicating the international model. The front section has chrome in a generous amount and thick faux skid plate. The wheel arches have claddings that are meaty and prominent. The rear too has the split taillight setup with a big roof spoiler over it.

However, the model that makes its way to India is a lot timider than the Middle Eastern model. There is honeycomb mesh grille up front and the air intakes at the centre are narrower. Even the skid plate is thinner up front and the roof spoiler at the rear is missing.

The top-of-the-line model in the Middle East is very feature-rich and has a 7-inch touchscreen infotainment system given. It even gets Nissan’s Intelligent Mobility with AVM (around view monitor) and MOD (moving object detection). For the safety, it gets front and side airbags, ABS, and EBD.

Having said that, the model sold in this country has a 1.6-litre unit that makes 118 horsepower and 149 Nm of torque. The power is sent down to the wheels via a CVT unit. The car runs on a fuel economy of around 15.4 kmpl.

However, this turbocharged diesel engine might not come to the Middle Eastern region going by the popular trend among the automakers.