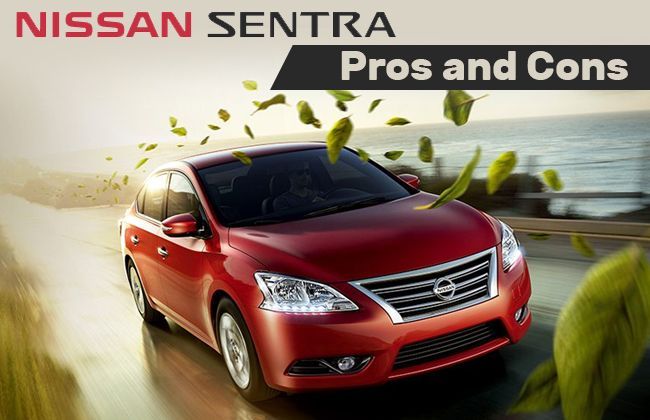 Rivalling the likes of the Toyota Corolla, Honda Civic, and other sedans in the segment, the Nissa Sentra has become a household name in the UAE following its inception in 2013. An update came in 2019 when the Japanese sedan was fitted with a new front grille and got some other updates.

Although Nissan has already rolled out the newest iteration of the Sentra is some markets around the globe, the UAE still awaits the Japanese automaker to introduce the newer, sharper, and much-improved model in the region. The currently on-sale Nissan Sentra in the UAE is available in three different variants. Here is a look at the Nissan Sentra price list:

Following are the mechanical details concerning the Nissan Sentra models:

Even though the Nissan Sentra is not an attractive commodity from the outside, the inside of the Japanese sedan tells a different story altogether. For starters, the boot space with a capacity of 510 litres is already one of the best in the segment. Then we have a spacious cabin with ample legroom at the rear thanks to a long wheelbase that measures 2,700 mm in length. Furthermore, the seats are very comfortable and don't cause any trouble to the passengers even in long-distance rides.

Both the 1.6-litre and the 1.8-litre engines available with the Nissan Sentra in the UAE are quite fuel-efficient. While the 1.8-litre motor that comes mated to a CVT is claimed to offer 14.9 kmpl, the smaller 1.6-litre engine, on the other hand, is said to be capable of returning a mileage of around 16.1 kmpl.

We mentioned earlier that the cabin of the Nissan Sentra is quite the place to be in, right? However, most of us might not even bother hopping inside sedan after being let down by its looks.

For someone looking forward to buying a sedan in 2020, the Nissan Sentra just won't make the cut. The reason? Well, Sentra continues to follow the same design language that it earlier flaunted in 2013, and with newer cars arriving with sharp, edgy, bold, muscular, and jaw-dropping silhouettes, the Nissan Sentra is found nowhere near the top picks. Nevertheless, the Japanese sedan does sport some good equipment on the outside like LED DRLs, Xenon headlamps, LED taillamps, and an aerodynamic structure.

No diesel engine on offer

While there is no doubt about the refinement, durability, and performance of the 1.6-litre and 1.8-litre petrol-fed engines offered by Nissan on the Sentra, a diesel-powered trim would have further allowed the sedan to clinch on to a higher number of sales figures with its high fuel efficiency and enhanced pulling power.

As we mentioned earlier, Nissan offers the Sentra in the UAE with two engine options as well as two transmission options. Besides, the larger and more powerful 1.8-litre motor is only available with a CVT, and a manual gearbox should have also been offered with the more capable mill. Moreover, the CVT that is available with both the engines possesses the widely-known rubberband effect and might not please the masses who like to have some fun with their car from time to time.

The Nissan Sentra is, without a doubt, a great sedan. But if we put it against its competitors like the Toyota Corolla, Honda Civic, and others, its high time that Nissan introduces the newest iteration of the Sentra in the UAE. The design language of the Sentra is becoming older, balder, and vapid with the passage of each day. With that in place, the arrival of the newer, sharper, bolder, and much attractive model will make a huge difference for sure.