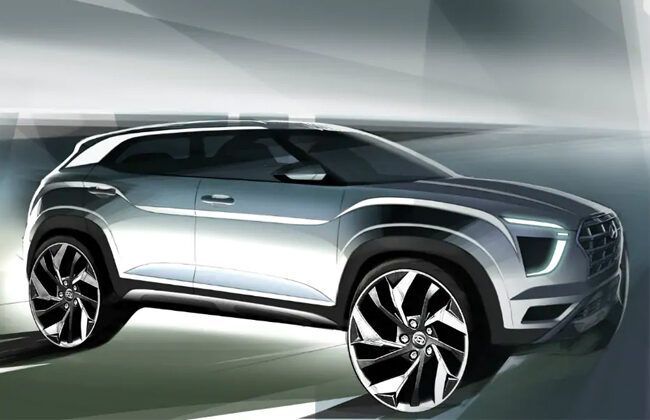 South Korean automobile major, Hyundai is all set to introduce the second-generation Creta midsized sports utility (SUV) in India. Now, ahead of the car’s official launch at the 2020 Auto Expo in Greater Noida on 6 February, the company has released official sketches of the India-specific car.

The Creta enjoyed an almost unchallenged run in the Indian midsized SUV segment until the Kia Seltos was introduced last year. The latter prompted Hyundai to launch the next-generation version of the Creta which, as evident from the sketches, would be based on the second-generation ix25.

The ix25 is sold in the Chinese market. The looks of both cars are largely similar, except that the Creta will have a more Venue-like grille. The design of the alloy wheels is also likely to be different. The new Creta, however, will retain the split-headlight and split-tail light setup from its current version.

Industry sources suggest that Hyundai will only exhibit the new Creta’s exterior design at the Auto Expo tomorrow. The cabin would be probably blacked-out. The company followed the same policy while introducing the Aura compact sedan.

Interior details about the next-generation Creta are expected to be revealed closer to the car’s commercial rollout in March. The vehicle, reportedly, will have a large panoramic sunroof while the dashboard will be dominated by a portrait-oriented, 10.25-inch touchscreen infotainment display system similar to the ix25.

The all-new Creta is expected to borrow the engines from the Kia Seltos. Hyundai is the holding company of Kia. The new-generation Creta may get the turbocharged, 1.4-litre petrol motor from Seltos as an option.