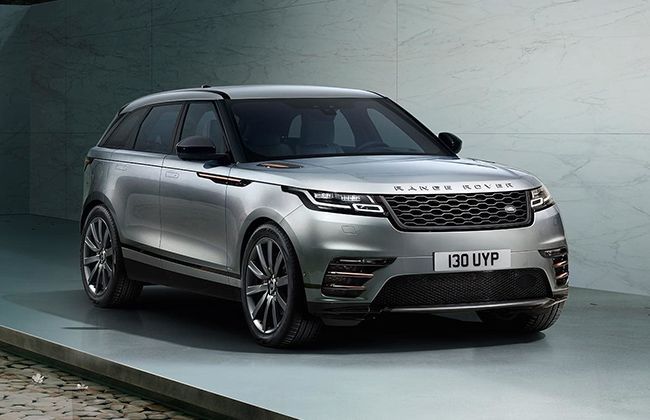 ABU DHABI: Land Rover has officially revealed the brand new Range Rover Evoque and announced that the newest version will hit the market in 2020. The vehicle was teased in public last week with some wire made sculptures.

The brand new Evoque gets a similar design to the ongoing model except for a few modifications that set it apart from its predecessor. At the front, the bumper gets an aggressive design and the headlights have been restyled. The front grill is bigger than the previous model. At the back, a refreshed rear bumper, new LED taillights, and redesigned tailgate can be noticed. The wide fender flares and signature floating roofline completes the rear profile of new Evoque.

Inside the car, changes are hardly noticeable except that the interior now gets a digital makeover. The instrument panel is now fully digital and comes with the climate control system. With an upgraded software, the TouchPro Duo infotainment becomes faster than ever and boasts a completely new user interface. Front seats are now 16-way power adjustable, making it highly comfortable to the driver and co-passenger. The vehicle comes with a traditional gear selector, engine start/stop button, Wool and Dinamica microfiber upholstery and a panoramic sunroof.

The Range Rover Evoque is equipped with a four-cylinder turbocharged Ingenium engine, which is available in both the engine trims as diesel or petrol. It is capable of pushing out a maximum of 150 PS of power along with a peak torque of 300 Nm. A nine-speed automatic or a six-speed manual gearbox handles the transmission duties. Also, the new 2020 Range Rover Evoque comes with a 48V mild-hybrid system. Moreover, it also gets a plug-in hybrid (PHEV) system, which is accompanied by a three-cylinder turbocharged engine.