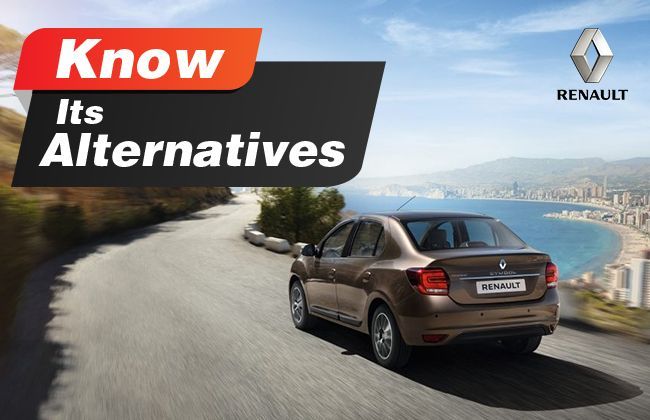 You won’t find as many cars in the Middle East that have been as effective as the Renault Symbol in the affordable car market. However, even the Symbol has had its share of competition from its peers.

The Renault Symbol is developed by the brand’s sister company, Dacia. It was first introduced in the Middle Eastern market back in 2015 and even received a facelift in 2017. It is currently one of the most affordable subcompacts in the country but still manages to perform better than what the segment demands.

Features on the Renault Symbol

The Renault Symbol, despite having a very small price ask, has pretty good features on offer. Inside the cabin, the top end SE variant house features like automatic air-conditioning, temperature sensor, electric windows and mirrors, and cruise control. The seats are wrapped with fine quality leather upholstery and so is the steering wheel.

It rides on 16-inch wheels and gets rear parking sensors too. On the dashboard is present a 7-inch touchscreen infotainment system that has GPS and navigation. CD, MP3, Bluetooth and USB come as standard fitments.

The Renault Symbol is available in just one engine option, which is a 1.6-litre inline four-cylinder motor capable of making 105 PS of power and 145 Nm of torque. As for the transmission, the car has a 4-speed automatic system. It can hit a top speed of 183 kmph while the 0-100 kmph acceleration can be achieved in just 11 seconds.

However, despite being decently powerful, it offers a good fuel efficiency of around 14.1 kmpl.

It goes without saying, the Renault Symbol has quite a few competitors in its range. The most widely preferred alternative for the Symbol are -

The Nissan Sunny is a direct competitor to the Renault Symbol as it has a similar price tag and more or less same features. However, there are still a few things that the Renault excels in over the Nissan.

The Sunny has 15-inch wheels for the top variant as opposed to the 16-inch wheels of the Symbol. Features on the inside include - a display audio system, push-start function, fabric upholstery, Bluetooth connectivity, and Facebook support. In terms of the safety, there are dual front airbags, ABS and electronic brakeforce distribution added as standard.

However, the 1.5-litre inline-four pot motor of the Sunny is slightly less powerful than the Renault Symbol but offers a better mileage. The engine can produce a maximum power of 99 PS along with a decent torque of 134 Nm. It can hit a top speed of 178 kmph.

The Honda City is the ruling car in the small sedan space in the Middle East and has a good sales number to show. But despite being around at AED 20,000 expensive than the Renault Symbol, the difference in features isn’t very significant.

Speaking of the safety concerns, it has the same dual front airbags, ABS and electronic brakeforce given as standard fitments. It rides on 15-inch wheels as standard and the top trim comes with 16-inch units. However, the number of features inside the cabin is a lot more than the Symbol. It comes with a 7-inch touchscreen infotainment system, automatic AC with touch controls and rear vents, paddle shifter for the transmission, and cruise control.

The Honda City is powered by a 1.5-litre four-cylinder engine which can thump out 118 hp and 146 Nm of torque. And it is with this powerful engine that the car boasts on a better performance. It can achieve an acceleration of 0-100 kmph in just 10.1 seconds before hitting a top speed of 190 kmph. Plus, even though it is the most powerful car in this list, it still offers the best fuel efficiency of over 17 kmpl.

Which one should you choose?

Although the Renault Symbol is quite an amazing car with a small price tag, the alternatives are worth considering before the purchase is made. The Nissan Sunny has a more-or-less similar price tag but the features and power do not impress as much as Renault does.

On the other hand, the Honda City is quite feature-rich but still has an asking price which is around AED15,000-20,000 more than the competitors.