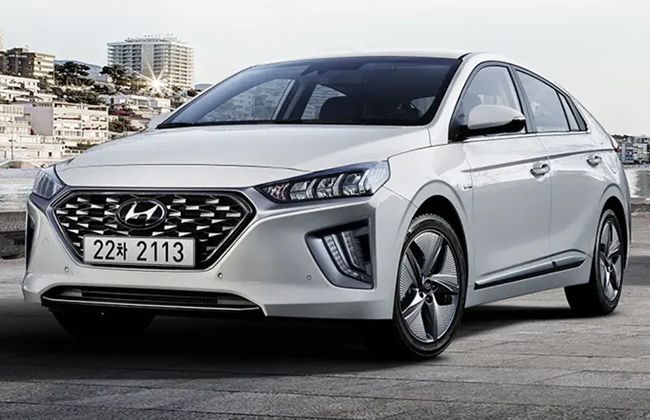 KUALA LUMPUR: The facelifted Hyundai Ioniq’s details, along with first images, have been released. It will be available in two variants - Ioniq Plug-in Hybrid and Ioniq Hybrid. The manufacturer may also add an updated fully-electric variant to the line-up in the near future.

The carmaker also made a few changes on the inside as well as the outside of the car. The vehicle gets additional active safety technologies as standard. The headlight and taillights get a brand-new design and the front and rear bumpers are updated too. The car is now available with three more colour options - Electric Shadow, Liquid Sand and Fluidic Metal, taking the total color options to eight.

The brand-new car will be the first in world to get the Green-zone Drive Mode (GDM). It helps to switch the car’s driving module automatically in some designated areas so that the vehicle will use the electric motor rather than using the internal combustion engine.

The vehicle comes with a 1-pedal driving capability which is similar to the Nissan Leaf. Also, the drivetrain gets Utility Mode, Smart Regenerative Braking, and Eco+ Mode, the latter extends the remaining power that can be used during emergency situations.

Inside the vehicle, there is an optional 10.25-inch infotainment screen, which has voice recognition software along with over-the-air updates. The system supports Hyundai Live Services, Apple CarPlay, and Android Auto.

The brand-new Hyundai Ioniq Plug-In Hybrid and Hybrid will hit the European market in the second half of 2019.