Keyless entry and push start ignition: Are they any good? 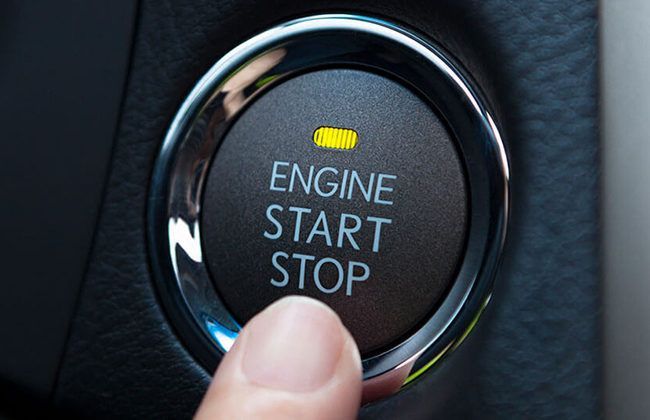 The automotive industry is evolving like never before. In the last few years, we have seen various innovations going mainstream. From connected tech to heads-up display, from hybrid engines to pure EVs. Even autonomous driving doesn’t seem too far.

One trend that is gaining a lot of popularity is the keyless entry and start/stop system. Most of the manufacturers are making this a standard feature across their line-ups in the top variant and obviously at some additional bucks.

It seems a cool feature. Your hands are occupied with shopping bags, no worries, just press the button with any part of your body and the door opens. You can even open the trunk of your car in a similar fashion.

This feature comes as a boon to the absent-minded folks. No need to cross check if you have locked all doors or not. The system will automatically lock the car the moment the distance between you and your car is more than a predefined limit.

But every cool thing has its own disadvantages. Not that we are asking you to avoid the keyless entry and push start ignitions altogether, but trying to make you aware of both sides of the coin so that you can make an informed decision.

The entire mechanism of the keyless entry system is based on sensors. Instead of the traditional key, you need to carry a key fob, also known as the Smart Key, which remains in your pocket or bag. When the key fob is within a certain range, the car keeps itself unlocked. The moment it moves out of the range, the car locks down itself.

Moreover, you can start the car with just the push of a button, but that would also work if the key fob is within the range. Most of the key fobs also contain a normal key, just in case the system doesn’t work.

Undoubtedly, the convenience of the user is the major factor here. You do not need to pull out the keys, just walk near the car and you will find it unlocked. Depending on which car you are using, you will need to tap or press a button in order to open the door. Whatever it is, it will be more convenient than unlocking manually.

How many times have you walked back to the parking lot just to make sure that you have locked the car properly? You can say goodbye to such uncertainties with Keyless Entry. Most of the cars with this feature would lock themselves automatically the moment you walk out of the range.

How the system unlocks itself when the key fob is nearby? The system has a transponder that communicates with the Smart Key and only after it has been authorized by the unique code, it unlocks the car for you. Even if a thief manages to enter the car somehow, the car won’t start until and unless the authorization is made. So any Tom, Dick, and Harry cannot just enter your car and drive away with a simple nutjob.

How you get out of a car after you have reached your destination? You switch off the engine and pull-off the key. Now imagine there is no key, what might happen?

When the entry is keyless, you might simply stop the car and walk away. It’s pretty easy to forget switching off the engine in such a scenario. New cars have noiseless engines, so it might go unnoticed and the engine may keep running until it runs out of fuel. And if by any chance it happens in a small garage, it will be filled with carbon monoxide and the result can be deadly.

A keyless entry can save your car from getting theft, at least it sounds like so. We haven’t heard cases of a keyless entry mechanism being broken yet, but it will not always remain so.

Such systems can be hacked in future. It involves a chip which is programmed to work in a certain way. Such chips can be cloned. It would be interesting to see how car makers would deal with such issues in future.

Keyless entry and push-start buttons: Should you buy?

Every innovation comes with its own share of loopholes, but that shouldn’t act as a barrier to the implementation of a useful innovation. Given an option, it is suggested to go for the keyless and push-button mechanism. It makes the entire process so convenient.

Yes, you would need to be careful, especially about switching off the engine. With time, you will accustom yourself with the beeps and clicks of the locking system to ensure that everything is perfect. Regarding the probabilities of being hacked in future, let’s leave it on future. Technology is meant to be enjoyed, not to be worried upon.